A Rare Breed of Mediterranean Origin 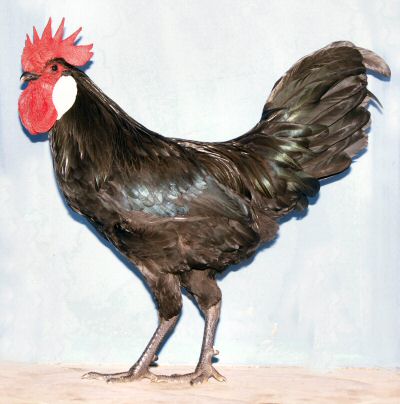 Minorcas are the heaviest of the light breeds and they are indeed a large stately fowl. Theywere renowned for their extra large white eggs and there still are strains around that haven’t yet lost this trait.

Being a light breed means they can be quite flighty and won’t be contained by a 900 millimetre high fence like some heavy breeds.

As in other single combed light breeds, the male’s comb should be upright, straight and strong. A laying female’s comb should fold over without obstructing the bird’s sight. Young pullets do have a straight comb but as soon as they approach point-of-lay, the comb should start to fold over. When a hen moults, the comb often shrinks and looses its fleshiness to again brighten up and fold over when she resumes her laying duties. 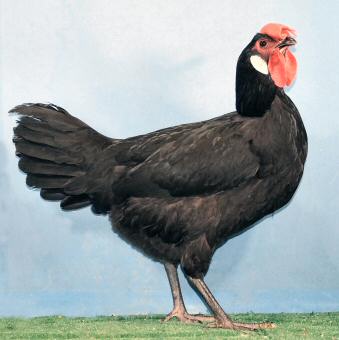 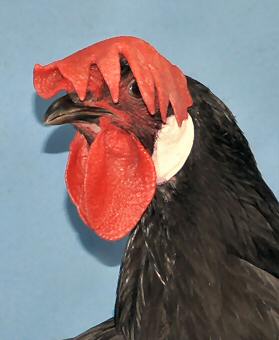 Close-up of a Minorca pullet’s head: note that she can still see between the points of her lopped-over comb
Thanks to Marina Steinke for supplying the above information and photographs.