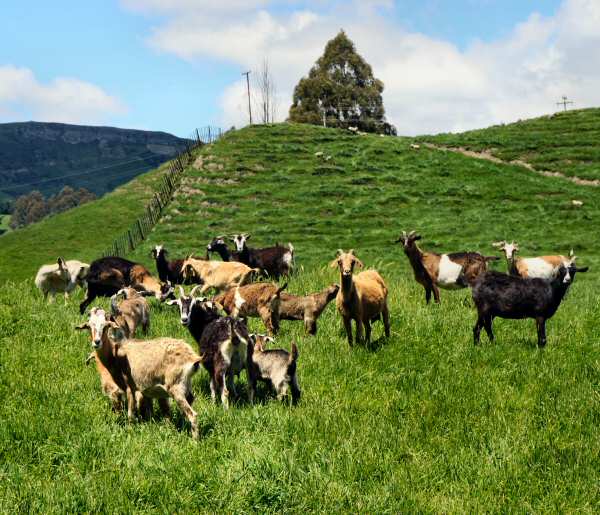 Kiko does and kids on Andy and Claire Law’s farm in Taihape, New Zealand

The appropriately named Kiko goat was purpose-bred in New Zealand for meat production – the Maori word ‘kiko’ means flesh (i.e. ‘meat’). The developers of the breed were Garrick and Anne Batten of Nelson in the northern South Island, and they developed the Kiko from feral goats that had been liberated or had escaped over the last hundred years or so of European settlement. These feral goats could be found in many places throughout the country, and although they were hardy, they were relatively small and produced little meat or milk.

The Kiko breed was established by crossbreeding selected feral does with Anglo Nubian, Toggenburg and Saanen bucks, with further cross-breeding in the second and third generations. After four generations of selective breeding – selection being on the grounds of survivability and growth rate in a hill country environment – a dramatic improvement in liveweight and animal performance was achieved. By 1986 the Kiko breed was established and the herd was closed to further cross-breeding. See Origin of Kiko Goats for more details.

Within New Zealand control of the breed remained with the original developers, trading under the company name of Caprinex, but the Kiko did not become popular as a meat goat here (the Boer finding greater favour). Development of the Kiko in New Zealand ceased about 1992, but more recently (2005) Caprinex bought back does available in New Zealand and mated them with frozen semen from the original project with the object of improving the breed.

In the meantime, however, Kikos were exported to the United States in the 1990s, and there was soon a growing number of enthusiastic breeders of Kikos in that country. There are two main Kiko goat registries in North America, the International Kiko Goat Association and the American Kiko Goat Association. In 2000 the Association bought the original herd book and by 2021 their registry contained details of over ten and a half thousand purebred Kiko goats. 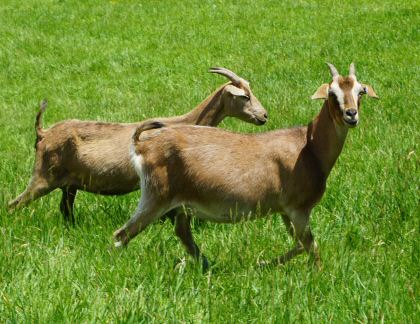 Kiko does in Taihape, New Zealand. 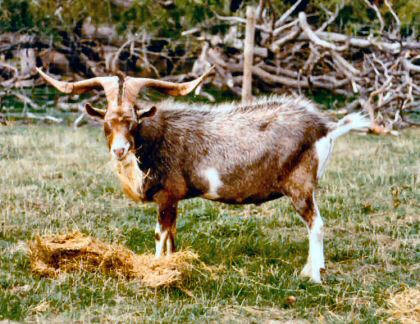