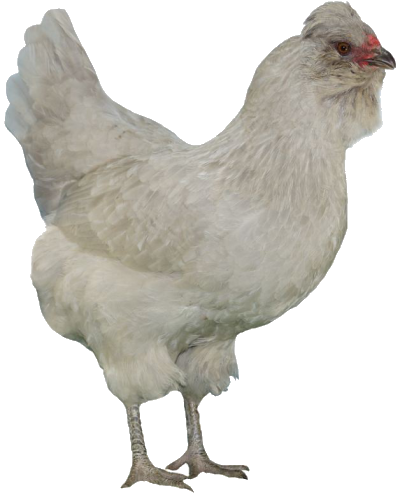 The only poultry breed that we have of South American Origin is the Araucana – named after the Chilean province Araucania where it originated.

Araucanas are best known for laying a blue-green shelled egg. Unlike tinted and brown eggs, where the colour is only added to the surface, the shell of blue-green eggs is solid blue-green in colour. This colour is dominant over white and brown egg colours, so crossing Araucanas with brown or white egg layers is very popular to produce a range of egg colours from deep olive to light blue.

While Araucanas are rumpless (without tails) in several countries, they have a tail, crest, muffs and beard here in New Zealand. They are very economical to keep and the hens make excellent broodies who are not afraid to defend their chicks from cats and even large dogs. 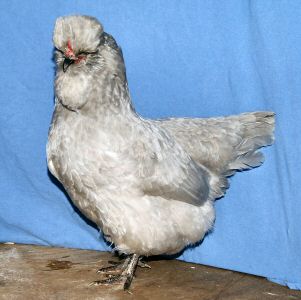 Prize-winning Araucana hen
Thanks to Marina Steinke for information and photographs.